A Londoner, who found running as a way to deal with stress, is preparing to take on he Inverness Half Marathon on 8 March 2020. 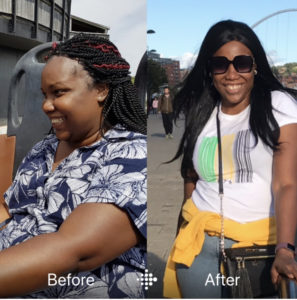 Tamara Smith from Enfield took up running in April 2019. This change in lifestyle was brought about following time off work for stress when Tamara’s GP recommended going out for a walk every day. Getting out of the house and being outdoors improved her mood, she felt freer and her problems seem more manageable. Walking soon developed into running with the help of the Couch to 5K app.

Tamara’s new passion for running was helped along by her boss, Stuart Ainsworth, who is also a keen runner. He recommended she take part in a park run, then a 5K and then a 10K. A half marathon is Tamara’s next challenge.

In training for Inverness Half Marathon, Tamara runs three times a week, including a park run every Saturday. As part of the Royal Parks Winter Series, Tamara will be completing a 10K in January and February 2020, before the Half Marathon on 8th March.

And running has not only improved Tamara’s mental health. The 43-year-old has also lost an incredible 98lbs since taking up the sport. Tamara attributes her weight loss to the physical and psychological benefits of getting outside and running. She is also now more conscious of what and how she is eating and is now fuelling her body properly for her sport. 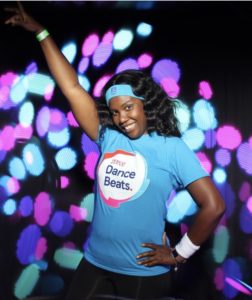 Tamara said: “Running really has changed my life. I was at the point where I knew something had to change and I’m grateful to have found a new passion.

“I’ve had some incredible support from people as I train for Inverness Half Marathon, especially from my boss, Stuart, who recommended the event. He has been helping me train and I hope to finish the course within two hours 20 minutes.

“After the Half Marathon my next challenges will be a charity Ben Nevis climb – which I’ve recruited 30 odd work colleagues for – and a full marathon!

“Running has been the catalyst for huge change in my life. My mental and physical health have improved dramatically, and I have surrounded myself with likeminded, positive people. I only wish I’d started earlier!”

Full details and entry to Inverness Half Marathon and 5K can be found here.